{}
Copyright © 2021-2022 Dubai Police, all rights reserved
This site is monitored and maintained by Dubai Police
The site is best viewed using IE11 and above, Mozilla Firefox, Safari and Chrome
Last modified Date: 27-06-2022 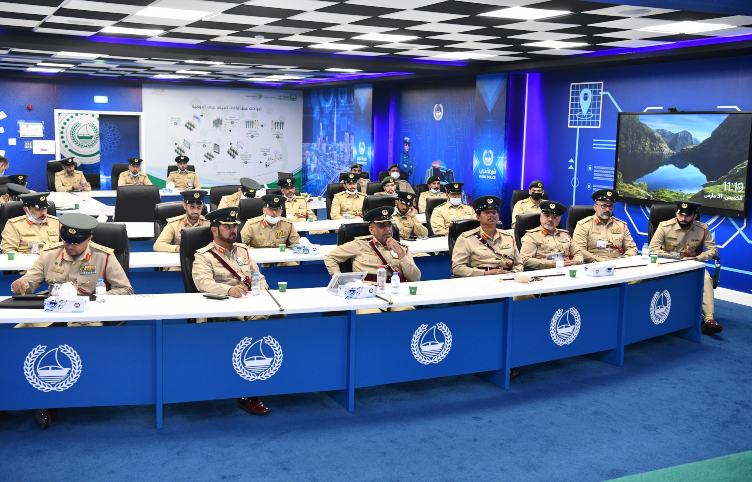 The Al Raffa Police Station has remarkably achieved 99% in security coverage across the jurisdiction area. It has also achieved an average response time for emergencies of two minutes and eighteen seconds.

Al Mansouri praised the efforts exerted by the Station's employees and encouraged them to continue working with high efficiency and effectiveness towards enhancing the security and safety of the emirate.

During the inspection visit, Al Mansouri reviewed the statistics of the Traffic Registration Section, which received 188 traffic reports during 2021, of which three were fatal accidents. The Station, in collaboration with internal and external partners, confiscated 70 violated vehicles, 93 motorcycles, and 142 bicycles and issued tickets for 638 pedestrians for jaywalking.

Assistant Commander-in-Chief hailed the Station's efforts in ensuring the safety and security of the motorists on roads by carrying out seven campaigns with the General Department of Traffic to address traffic law violations, schools' safety, pedestrians' safety, and bicycles and motorcycles traffic law.

Al Mansouri was also briefed on the initiatives carried out by the Station for employees to motivate them and put a smile on their faces, which contributed to a 99% increase in happiness satisfaction.

It is worth noting that the Station resolved AED 237 million worth of bounced check disputes in 2021, compared to AED 298 million in 2020.