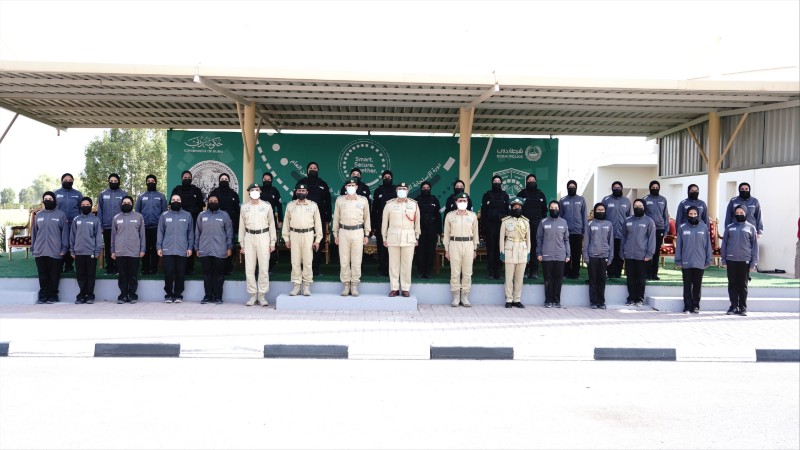 The Dubai Police has recently qualified the first batch of female officers of the First Responder Force (1RF), which handles emergencies and unexpected accidents that could threaten public security.

Thirty-one senior female cadets of the 36th batch of the Dubai Police Academy graduated from the 1RF course after going through extensive practical and theoretical training as well as advanced military drills, which took place at the Academy and the General Department of Protective Security and Emergency.

During the ceremony, the female graduates performed a professional military drill that displayed their skills in raid operations, shooting, and dealing with suspects.

Lieutenant General Abdullah Khalifa Al Marri, Commander-in-Chief of Dubai Police; hailed the skilful performance of graduates, and pointed out that inclusion of female cadets in the public security of the emirate is in line with the Force's keenness on empowering women per to the directions of Dubai Government to present Emirati women with all opportunities so they could excel in every field.

"Emirati women play a significate and crucial role in the UAE's march of development toward pioneering and excellence. They're doing a magnificent job in the policing and military tasks to ensure the safety and security of this nation," "I'm proud of our first responders and I’m certain that they'll be a valuable addition to the force," Lt. Gen. Al Marri added.

On the nature of the female first responders training, Colonel Mosbeh Al Ghafli, Director of Emergency Department, explained that the graduates gained wide experience and advanced knowledge on sharpshooting in different situations and times (day and night) including shooting in moving vehicles, as well as having professional training on raid operations.

"They also were trained to deal with explosives, stop dangerous vehicles, apprehend suspects, perform tactical first aid, and use special security equipment and gadget" he added.

The ceremony also included a professional military drill which demonstrated the skills of female graduates in raid operations, shooting, and dealing with suspects.